When we moved into the new house, the backyard struck me as odd. There is the dilapidated "sand box," grass half-eaten by the previous occupant's pet bunnies, (it is now currently overrun with crazy weeds- too many to pick, and The Husband has already mowed over them- so they've spread like plague) around the perimeter are these curious river stones, (which I am a fan of, normally landscape rock around these parts are jagged little rocks that hurt to walk on without shoes, these are smooth and lovely, but I think they are expensive, a funny choice when there has been no money spent in any other areas of the house) and there are orange crispy leaves all over, as if they had just fallen... except that the leaves don't match the leaves of any trees in the vicinity... and it was the middle of summer, all the trees had green leaves... and they are just- everywhere. A mystery, to be sure... on so many levels.

I do not mind the leaves, however. Sometimes I can trick my mind into thinking it is fall when I see all the leaves scattered on the ground. Sometimes I don a hoodie in the middle of the summer heat... in vehement protest of this horrible heat. This is the only way I can make it from May to October- without getting rash and running away to Seattle- the land of rain and reasonable temperatures.

Since the weather has cooled down a smidge, I can now let the kids outside to play and I can leave the screen open to "supervise" while I catch up on some emails and twitter. In the morning... before it shoots back up to a million degrees. This has caused me large amounts of joy, I release the hounds to the backyard, and they are relatively entertained for a decent amount of time. 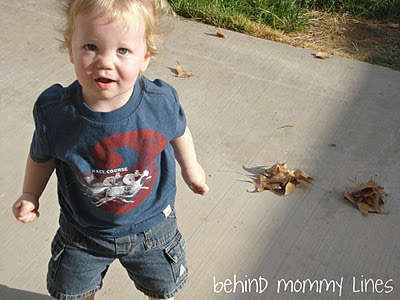 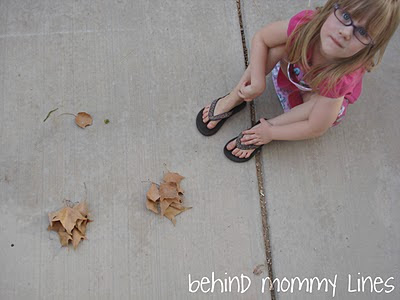 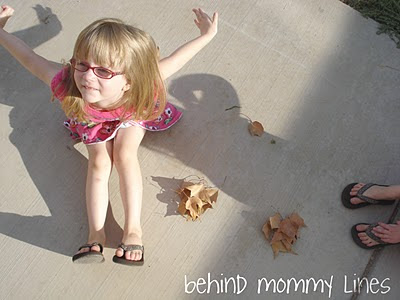 We are REALLY into collections at our house. (pronounced by the girls: Cor-rections!")
Am I raising future stars of Hoarding: Buried Alive?

Posted by craftyashley at 9:10 AM
Email ThisBlogThis!Share to TwitterShare to FacebookShare to Pinterest