...Or a tale of how I do something semi-stupid and expect everything to stay dry.

For Christmas, we got the kids this table. It is both a picnic table and a water/sand table. I bought it thinking it would replace the countertop seating. But being so close to the baby's highchair made meal time a mele. So it has been sitting in the playroom, mostly unenjoyed.

Before naps, I promised the kids a "special surprise." (You know, because I'm insane) I had such high expectations for the water table. I don't like the kids playing outside, as everyone tends to end up in the sad sandbox- and I hate that sandbox. I came up with an idea on how to keep the water "contained." (with two 5 year olds and a 2 year old- BAHAHAHA) The table has a drain at the bottom, so I threw a bucket underneath before filling it with water- I felt so freaking smart. 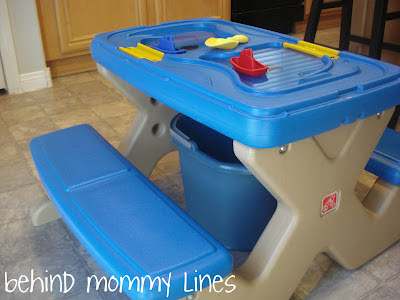 Everyone had a pretty good time, though. And after all, it's only water. 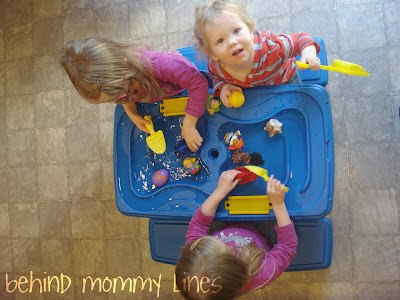 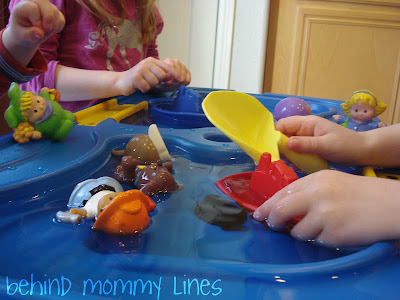 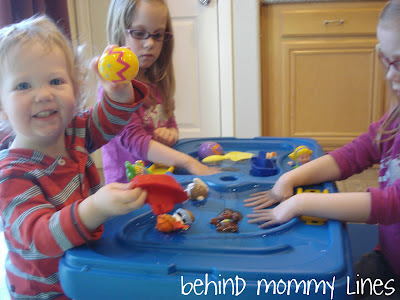 In the end, there was tons of splashing, water everywhere, and wet t-shirts. 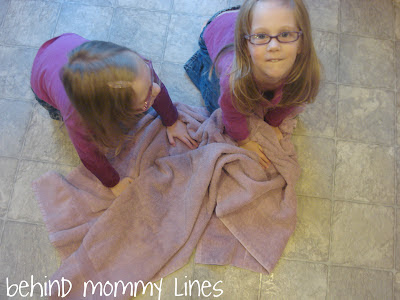 It was still pretty fun. 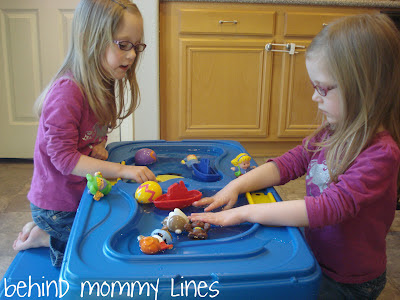 However, I don't think I'll be doing that again anytime soon. Maybe in the summer, in swimsuits, and if something is done about the sandbox.


Posted by craftyashley at 5:19 PM
Email ThisBlogThis!Share to TwitterShare to FacebookShare to Pinterest