The thought of a brand new year fills me with extreme amounts of glee. I adore the idea of starting "fresh." Ending one chapter and beginning another. Even if it is a tad bit cliche. (I'm a cliche and I LIKE IT)

In retrospect, this has been a year of change. The year before it was, well, I have labeled it The Year Of Illness. So this has certainly been different than the year before it. 2010 was marred with horrible c-section experiences, (but one beautiful baby boy) the passing of my beloved Grandfather, (Now we have found just how much he held our entire family together, without him we are in a very different, very unimaginable place- it's been for the most part unbloggable, sorry) the scare of twenty lifetimes as the girls  were put through a run of doctors, (we received a miracle that year, that all the red flags did not lead to big problems) and while it paled in comparison to the rest of it, Bunny had pneumonia on Christmas. (and we got to find out she's allergic to penicillin) So that was 2010. I found it cathartic reliving that, because 2011 now seems like a silly waste of energy. 2011 was all about the benjamins. It was a year of financial unease and stress.

This year we decided to sell our house. That decision took us to new, annoying, and scary places. A man blatantly stole from us, and we've been financially trying to recover ever since. At last we are finally in a manageable place. It seems like the selling of the house is finally making a turning point and we are optimistic that it will be over with by the end of January. This finds me in a joyful, thankful place. (of course it isn't over YET, so hang tight) The grief over that will heal this coming year- it just has to.

The kids have grown, the girls are going to preschool. The little baby that turned one this year has sprouted into a climbing, destroying, high pitched screaming toddler... essentially a handful and a half. With all the turbulence of the past couple years, here we are! We're good. We're together. And while I've lost all trace of sanity, we've learned so much along the way. I've found I have more strength than I could have imagined. So this new year, 2012: will find the twins turning FIVE (ack!) and Little Man becoming a full-fledged two year old. This will be the Year Of The New. The girls will start "real" school, kindergarten in 2012. We will save up to buy a new house... for the next several years. I have decided to pick up a new skill- sewing. (stop laughing)

SEWING! It will happen!


This is all thanks to Pinterest, for making me feel like a pathetic, talentless schmuck. I am not a woman if I do not sew! So I was lucky enough to get a sewing machine for Christmas and have finished assembling my sewing cubby: 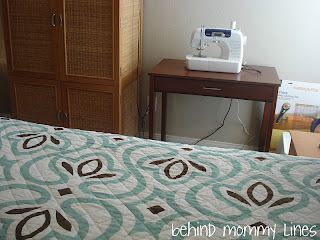 Not only have I vowed to sew in 2012, I'VE ALREADY STARTED!
My first project: 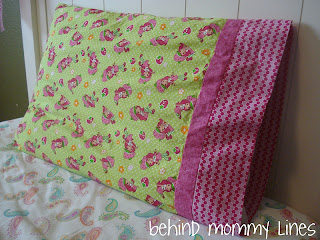 If you want to try one, start here.

Strawberry Shortcake Pillowcases for the girls. They were quite excited, I am hoping I can parlay this excitement into an easy naptime.


Posted by craftyashley at 12:22 PM
Email ThisBlogThis!Share to TwitterShare to FacebookShare to Pinterest