Mother, this is the way to love me

This night, just like every night, I laid in bed after a long day and stared up at the dark ceiling fan and its slight clickity click. The Husband likes to get in bed and then proceed straight to sleeping. Poor Husband has me for a wife; I need to get in bed and release the millions of thoughts, anxieties, lists, and prioritizing that flood my brain as I slide between the sheets. Begrudgingly, The Husband sits and listens to them, until at some point he sighs and reminds me how late it has become.

On this particular night I was agonizing over the twins, and how I was raising them- as a mother. You see, there are a multitude of pretty twin-specific things that I worry about. Are they too dependent on each other? Do they need more individual time? How are they adjusting socially around other singleton kids? How can I help them be happier? Ultimately, I'm trying to avoid them laying on a shrink's couch in their adulthood listing off all the ways I, their mother, had failed them. (Like I'm sure every mother does- it's our worst fear)

Earlier that day I had decided that The Husband and I would take each twin on a "date." To give them some one-on-one attention that they hardly ever get. It started off simple enough, we asked the girls who would like to go with which parent first. It was instantaneous, Bunny chose me and Squirt chose "dadda." I'm not gonna lie, that stung- and I felt stupid for feeling that way. I want my kids to have a close relationship with their father too. I just... well, I half expected them to fight over who got to go with me. And of course, that opened up an entirely new slew of worry that perhaps Bunny favors me and I am not relating as well to Squirt.

I thought about love languages, (the internet, being acutely attuned to my thoughts, found Maggie's thoughts on love languages pop up in my Reader) and I began to scrutinize the possible languages in which each girl felt loved and valued. That this theory, among many I'm sure, could be adapted to the relationship between my girls and I. 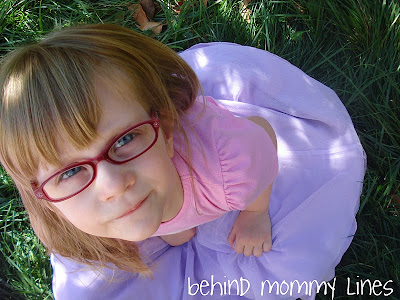 Bunny is a hugger. I'm pretty sure her language is "physical touch." She can often be found in my lap, she holds me close wherever we are. I can see the feeling of relief and comfort a little hug or kiss on the forehead from me gives her. I must have unconsciously made a note of this because I give her reassuring pats, a squeeze of her hand, and stroke her hair almost constantly. I have done this automatically, probably in recognition to their need. And I have done this with Squirt too, but I've noticed she kind of... just tolerates it. Of course there are times she wants to be close to me, and she always needs a good snuggle and kiss goodnight. But she doesn't seem to thrive on that, I give her a big squeeze and she more or less stares off into the distance, like "oh great, she's coddling me again." Of the times when Bunny crawls into my lap, I think Squirt just wants a turn because they have a thing with each other about "fairness." (a whole other twin-specific issue entirely) She doesn't really want to snuggle up to me for long periods of time, she just knows Bunny wants it- and thus Squirt must be involved.

So I'm rambling on to The Husband, who is undoubtedly exhausted, about what Squirt's love language might be. (he's not entirely convinced that she favors him- she does seem to be more aloof in general than her twin... oh, look at me go and comparing the two; I'm sure all the parenting "experts" would be appalled) As I file through my memories, I come to the uncertain conclusion that perhaps her love language is "words of affirmation." (I'm desperately hoping it isn't quality time, because that is in very short supply around our house) 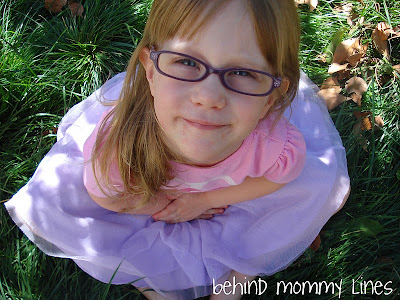 I resolve to make more of an effort to compliment and verbally express "I love you" to Squirt, to perk her spirits and buoy her self-confidence. All of which I have found with a rowdy four year old is often difficult. There are times I have to really concentrate to find something to compliment. Not that they aren't good children as a whole; It's just so much easier to take notice (and deal with) the tantrums, bickering, and sassiness of a little one struggling with independence and growing into her own person. It's a challenge to stop when things are somewhat calm (and I'm usually racing around to make ample use of the time... as I am doing now jotting down this post) and compliment the girls for behaving and being polite. (Ok, I just yelled up to the playroom and praised them for playing nicely- it has been lovely. I just wonder if I will go upstairs in a minute and find an epic array of toys strewn throughout multiple rooms, or perhaps all my shampoo rubbed into the carpets) How messed up is that concept? That I tend to focus on the times I have to get yell-y? Mother of the year award: right here.

Anyway, Squirt: I hope you notice that I am trying, and that I love you!

On another note, I did take that quiz for myself. I went into it thinking my love language was gifts. I have had a couple people tell me this because I like to give gifts. (even if it's just a plate of cookies) That is how I tend to show my caring for others. As I took the test, I was faced with questions like, "if my husband brought me a gift, I would be very excited." The answer is no- I would not be excited,  in fact I would carefully, and with much trepidation, open it and hope for the best. (My husband has a poor track record with giving me gifts) Most of the time I am disappointed, and then wracked with guilt because I know he means well, we're just so ridiculously different as people. That fact may have skewed the results, the thought of my husband giving me a gift of his own choice and volition makes me nauseated.

The results were surprisingly: "words of affirmation" followed closely by "quality time." Tonight when The Husband is begging for some sleep, and I keep chatting away, I will make sure to inform him of this.

Now I am daunted by my upcoming mission- discerning Little Man's love language as he grows into more of a kid and less of a baby with the kissable, mushy cheeks. So far? Physical contact: he won't let go of my neck. This conjures up images of Modern Family, of which I will share with you now:


Open letter to every member of my family: I love you. But it would be easier if you all had the same love language.  -with love, Me.
Posted by craftyashley at 8:53 AM
Email ThisBlogThis!Share to TwitterShare to FacebookShare to Pinterest