It's the day after Christmas, and I'm sitting on my blogging stool feeling a little beleaguered. Nothing quite went the way I'd hoped/expected. What a shock (serious eyerolling implied) And I stuffed myself silly with Rice Krispie treats. So maybe the sick feeling is mostly just that. There were some really sweet snippets amongst the gifting tantrums, the waiting for "penguin" breathing treatments to be up so we could get on with the next thing, and the fact that no matter how good the intention; not getting anything from your spouse kinda sucks. There should be some surprises on Christmas for parents too! (and they should have come in the form of a new fancy camera in my stocking. Harumph) And did I mention that The Husband goes back into work on Monday? The holiday being on a day he normally gets off anyway- it feels... less special. Like a regular weekend, just with more gifts... and ham.

Anyway, with everyone being off schedule, sick, and not having had the previous week's prep time, I felt really scattered about the whole thing. And probably expected too much out of my three year olds. It's fun to open presents that are all for you. And when that time is over, I can totally see why one would throw themselves to the floor kicking and screaming. I just could have done without it. And I know dairy, sweet treats, fatty burgers, and the like make me feel yucky and swamp thingish. Yet I indulged. So blech. Anyway. Moving on. Happy Christmas time. 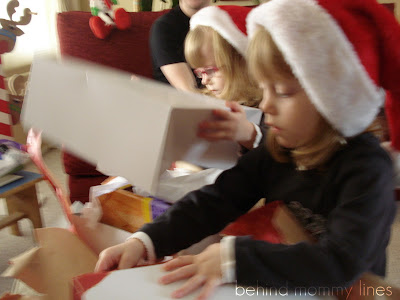 The girls had a great time and were mostly pleasant while at Grandma's house. 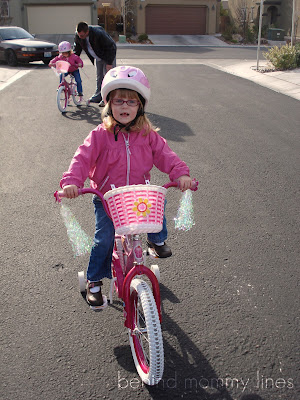 Turns out kids don't instinctively know how to ride bikes. Sadly, that leaves forlorn parents trying to figure out a way to describe the pedaling motion correctly. This has proven to be quite the challenge. For some reason "just ride it!" just isn't enough instruction. More practice is needed- and Squirt's patience is short. 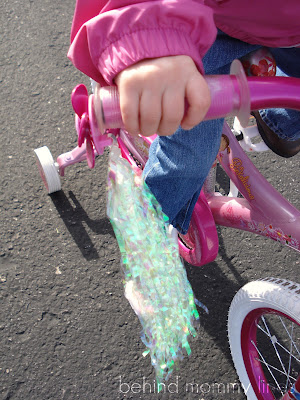 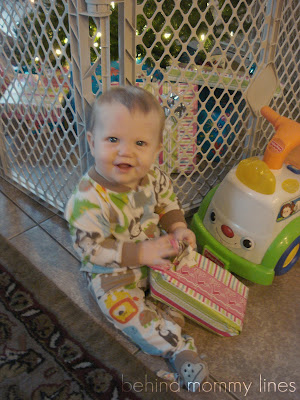 Little Man could not escape the sickness. So he's a miserable volcano of snot and coughing, too. Still, he can enjoy a good present.
So a quick read through of what I wrote above revealed that I end up sounding like a snarky whiner. Which I only meant in part. It is lovely to be blessed with so much, and what a jerk of me for throwing a fuss over the little things. Merry Christmas. Now, let's go eat some cake.
Next big holiday up? Twins and baby's birthday month extravaganza! Prepare yourselves. (I know I am!)
Posted by craftyashley at 4:09 PM
Email ThisBlogThis!Share to TwitterShare to FacebookShare to Pinterest