Oh the joys of parenting multiple age-ranges. The twins have, and will always have, a sharing 'issue." It started in the womb when Bunny wouldn't even share the bloodflow with her twin sister. This has resulted in Squirt being a consistent 2 lbs. smaller. Sharing; Ugh. 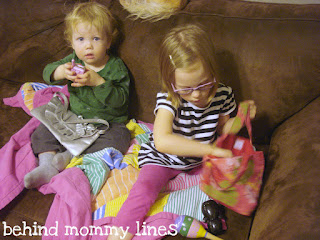 It's Little Man's turn with the silver purse. Squirt is biding her time and slumming it with the flowered purse.

In the beginning, when we brought home a newborn and all the sharing rules changed, there were "baby toys" and "big girl toys." Before this I had solved the sharing issue by simply buying in duplicate. Two of everything = problem solved-ish.

Now EVERYONE wants everyone else's toys. It's a veritable civil war in our house. Sometimes it is over a play princess phone; Other times it is the dump truck. But there is always fighting amongst the ranks. 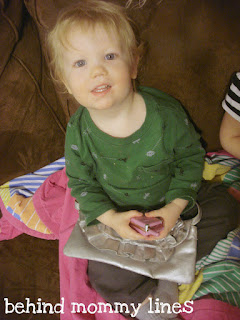 Now that there aren't designated baby toys, Little Man has become possessive of anything he regards as "his," even the princess phone. The girls are equally miffed when Little Man has the audacity to try and play tea party, especially when he starts "fixing" the tea pot with his plastic hammer. It is so bad, I composed a haiku on the topic: (I devoted brain cells to this!)

That might be less than 17 syllables, I'll call it experimental haiku- Because I don't feel like investing too much energy in haikus on the lack of sharing. Because I am too busy making sure everyone gets equal TURNS with everything.

I've turned into a human stopwatch. 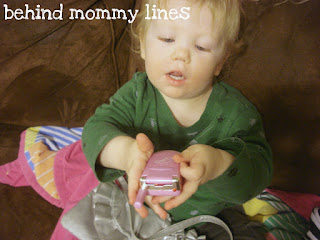 BEEP! Time to give up the goods.
Posted by craftyashley at 4:08 PM
Email ThisBlogThis!Share to TwitterShare to FacebookShare to Pinterest