I've been meaning to write for a couple days now. But this "cold?" It's a doozy. I still feel like a heap of miserable jello.


The beginning of Valentine's Day was quite lovely: 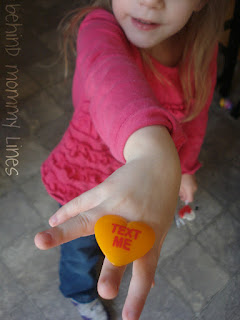 The girls brought home more sweets than should be in their system at any given time. And this little cupcake topper ring which I just found HILARIOUS. The kids kept asking me what it said, and when I told them they responded "but I can't use Mommy's phone yet."

In the afternoon we delivered valentines to the grandparents and Uncle Trent. Uncle Trent, having forgotten about Valentine's Day entirely decided that both he and I should go out to a movie together for some fun. And since my valentine was on the couch sick as a dog, I was all for it. Even if I had to down some Dayquil to feel up to it.

We went to a late-ish movie so The Husband didn't have to put the kids to bed by himself- a feat that he was convinced would kill him. So here's where the story takes a turn. I am driving home at a decently late hour, in the dark on a busy street with nothing but remote desert on either side when I start hearing a peculiar sound.

I know I am near an airport, so I figure there must be a helicopter or small plane landing nearby... and as I continue (I'm going about 60 mph) I start to think this particular helicopter is... following me?

At some point, much later than I care to admit, I begin to think the possibility of a low-flying plane FOLLOWING ME... is well, SLIM.

I pull off onto the side of the road and find a rear tire in really bad condition. Like it had been through a brawl with a badger. I am freaked out of my mind because a) I don't know if we even HAVE a spare tire, b) it is SUPER DARK, and c) I am completely alone, and I'd rather get out of abandoned desert road before things get rape-y... I've seen enough movies to know where this scenario is leading. And it involves a serial killer.

Also? I've never had a flat tire before- as in EVER. I did attend a "how to clinic" on car maintenance and tire changing when I was a teenager, but even then I think I just watched.

I dive back into the car, lock the doors, and call The Husband. I have apparently woken him up, and- here's the bad news- he's already taken a hefty dose of Nyquil and should not operate heavy machinery to come help me. So I frantically dial my brother. Luckily, he had stopped to refill his drink before leaving the theater and would be on his way. Surprisingly, my brother knows how to change a tire! In the dark! (I had called reinforcements- my Dad- beforehand, not relying on the extreme talent of my younger brother)

My family? They are awesome.

I feel bad for The Husband because this was supposed to be his restful vacation week after peak season and not only did everyone get sick, he took me to the ER, I broke our car, and we both had scheduled eye doctor appointments made in advance. So far, this has been one pretty crappy vacation.

Except for the cuties playing with teaspoon measuring cups: 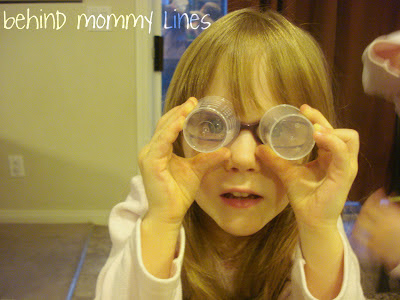 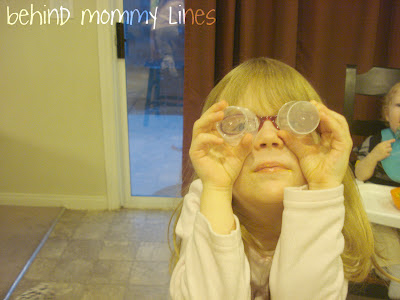 Posted by craftyashley at 11:37 AM
Email ThisBlogThis!Share to TwitterShare to FacebookShare to Pinterest