I am for real posting right now because I was poked with a stick by a friend. At the age of thirty, I can still be talked into putting down my tasty pre-bed bagel & cream cheese and ignore whatever I have playing on Netflix right now to type up some words on the computer. Like a lemming. (now I really want to play that Lemmings game again. That was an awesome old computer time wasting game)

I don't even know where to begin, really. It's been so busy lately. Mostly because of Bunny's physical therapy appointments. They are three times a week and are roughly an hour and a half after school. It is more of a scheduling nightmare than you can even imagine. How do other people have kids in sports & dance and all that jazz?! It's unreal this schedule. I thought I was thoroughly acquainted with exhaustion until I met a full week with physical therapy. (I'm on Diet Coke #5 so far) (Bagel #2) (Is it REALLY only Monday?!) 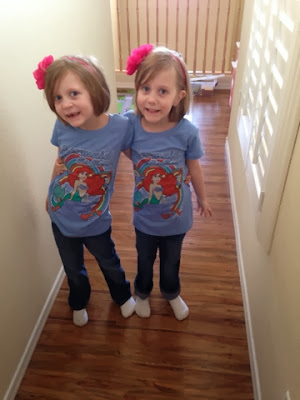 At least she's an adorable patient.

Perhaps I should jump over to my picture folder and see what we've been up to?

OH! There was the day where Little Man threw up. That was fun. He had been turning his head up at all the food for about two days, being stubborn beyond stubborn about his food pickiness and the minute I made pancakes, (his very favorite food) he got too excited, pounded back too much water and hurled after bite one of pancakes. 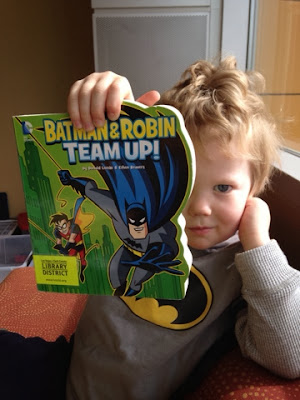 STOP BEING SO PICKY, CHILD.
We got it, you like Batman. How about some enthusiasm for spaghetti.

I took him to his 4 yr check up. I made quite a scene about his eczema. It's out of control and I am TIRED of the status quo after 4 years. YOU CANNOT TELL ME THIS IS NORMAL, OK. Allergist time. I demand it be so.

He got stuck with three shots. His leg swelled up over the course of three days to frightening and alarming sizes. At one point I thought he may be turning into the elephant man. He is certainly loud enough for the job already. (and plenty stomp-y)  It's been a week or two and he still has a bruise the size of my fist on his leg.

I have been engrossed in a few really impressively great books. Probably sacrificing a few important rungs on my attention ladder to the pursuit of reading and finishing these books. The kids have been issued edicts of "get dressed for bed" from behind a book. Or the ipad. I am thinking that when I'm entrenched in a good book I cannot go from intaking information to supplying information. I can't flip that switch easily. I am reading, I can't write! Could it be possible that my mind is a one way street? Is that ever a depressing theory or what!

For the extremely curious. Here is last month's reading list.

-This was so long. And intense. And I loved most of it.

- I can easily recommend this universally. (Reamde was a bit... violent)

You expected more of a list, didn't you. Two books. That was the summit of my accomplishments, right there. Do not forget about the kids and dogs! They're all still around! And decently cared for; THAT AND TWO BOOKS, people! Bring out the parade elephants. 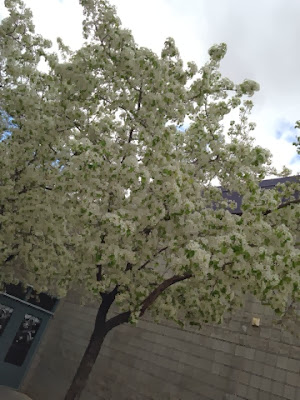 I took this picture in January. Calm down, dude! I really did laugh at this over-enthusiastic tree. But here we are in mid-February and there are some temps that are hovering around 80. Well played, trees.

Posted by craftyashley at 8:34 PM
Email ThisBlogThis!Share to TwitterShare to FacebookShare to Pinterest