The Chirping! Oh, the CHIRPING.

I am not so much bright eyed nor bushy tailed today. I feel like a sloth, only capable of slow, overly deliberate movements. At 1am, I was awoken to the death call of a battery nearing it's last hours housed in the smoke detector. I'm pretty sure the evil geniuses who produce smoke detectors intentionally made it so they will go off IN THE MIDDLE OF THE NIGHT. I pushed the button to "silence" the eardrum searing beeps, then went back to bed. As soon as I reached the twilight of consciousness, I was startled once again with the chirp from hell. Seriously, if Satan had a parakeet- THAT is the sound it would make.
Ok, so where are the 9 volt batteries? Oh, let me guess... packed?! Fine! I will go downstairs and rifle through the boxes to find the one with batteries. Sure. Good. Um, honey? All I can find is AA, AAA, C, and a random pack of D batteries. No 9 volts. Didn't we already change one of the chirpers a while ago? (also a fun middle of the night fiasco) Where are those batteries? The Husband denies changing any batteries. This frustrates me to no end... because I have an irrefutable highlight reel in my head that shows him doing just that.

So... we can't just live with the sound. It's right outside the twins' door. We're running on borrowed time against having to soothe them back to sleep.

Fine. I will march out to the store... at 2am. To buy a four pack of 9 volts- insurance that we are never caught 9 volt-less ever again. The graveyard shift at our local Smith's is hilarious. The cashiers are always chipper, and everyone else in the joint is wearing pajamas. Yep, I see you there in aisle four wearing your nighties. Well, I raise you a mismatched pair of men's sleep pants combined with a Yo Gabba Gabba tour t-shirt- 2 sizes too big... that's just how I roll.

I get home- ready to end this night of insanity. Mama needs her beauty sleep, biznatches. I slammed a replacement in and stared down the circular appliance. A few moments of tense silence... then, CHIRP!

That's when I burst into tears and begged "Why is this happening?!" The Husband tried to disassemble the detector... note to self: need a handier husband that knows what's what about home repair and maintenance- current husband is useless.

After a while of banging our heads against the wall, we figured out it was not the smoke detector emitting the harrowing alarm. It was the CO2 detector plugged into the wall right next to us. The smoke detector had been FRAMED. The CO2 meter, the appliance charged with keeping us all from dying in our sleep was the culprit! I yanked that darned beeper out of the socket so fast! I'm surprised it is still in one piece, ripped open the back, and shoved a battery in. (cause I had three spares!)

... and then I couldn't go back to sleep! Stupid adrenaline!


Good thing I have this deliciousness to wake up to: 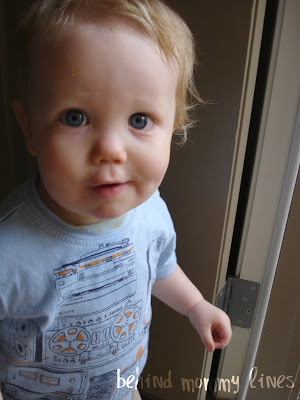 And it rained today. So that's something... something quite pleasant. 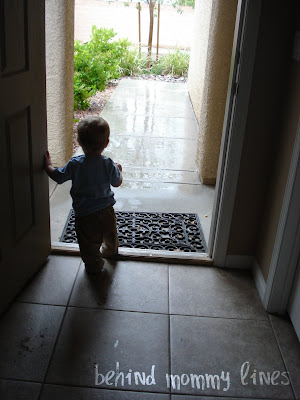 Posted by craftyashley at 4:56 PM
Email ThisBlogThis!Share to TwitterShare to FacebookShare to Pinterest