Of Big Sisters And Mice

It rained this afternoon! (stop the presses!) Ok, it sprinkled. For five minutes. Fine. That did not make the air any less charged with excitement. On went the rain jackets and out went the girls. Outside to frolic in the small droplets of water falling from the sky.
I thought this was a good time to get a group shot in. (need I even bother to dream?) The outtakes of which were both hilarious and heartwarming. 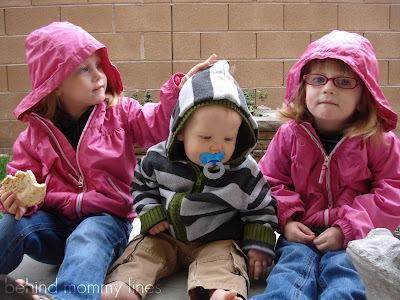 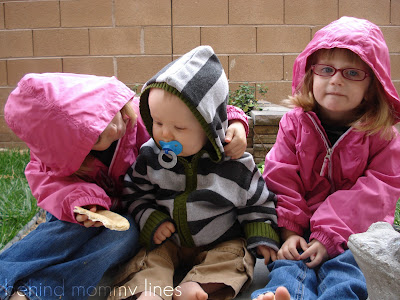 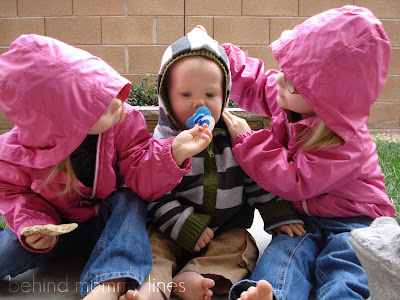 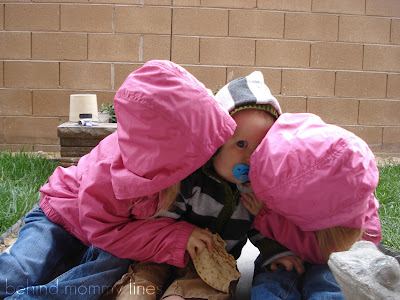 Little Man simply cannot have enough mothering going on at any given time. I am fairly certain his first words will be "Dude! Get off of me!" And I can't say I would blame him.

At least I can plug my ears. Surely, this is a skill the baby will pick up soon enough.
(also, this is a new activity the twins have recently taken to- playing "violins" with plastic rakes and shovels)
Then I had to take a picture of The Kitty (as Squirt insists that she is 90% of the time) 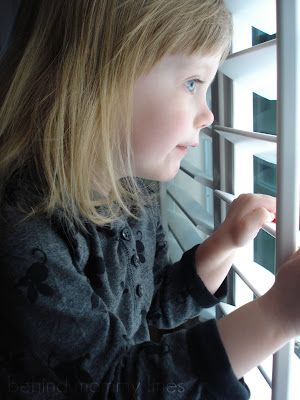 I squealed with glee when I found a shirt with little mouse silhouettes. My little Kitty had to have that shirt. 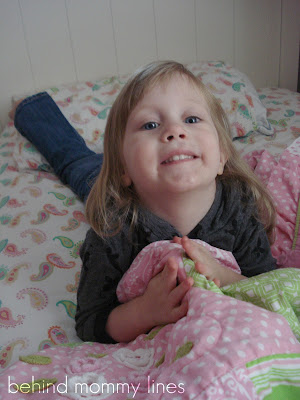 It made her so happy. Even though I'm sure she doesn't know WHY kitties like mice. They just do. So they must also enjoy a good mousey shirt.
And in the process, Bunny became extremely jealous of the camera time The Kitty was procuring. 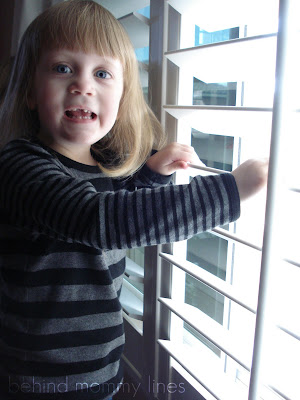 Let's just be glad she was not jealous of the one and only mouse shirt that was in the store. She was fine with stripes. (crisis averted!)
Posted by craftyashley at 4:54 PM
Email ThisBlogThis!Share to TwitterShare to FacebookShare to Pinterest